In Between: Photos and film on memory, migration and resilience in South Africa

Now more than ever, we are on the move. People from all over are settling in places far from home, often in search of a better life. With migration now so commonplace, it inevitably has influenced our social and economic systems.

For example, annual global remittance flows, money sent back home by foreign workers, now exceeds aid funding worldwide ($350 billion versus $130 billion, respectively). Global remittances have become central to questions of global development funding. However, with rising global tensions around migration, many are finding it harder to earn a living abroad. This stress is in turn transferred to communities they support through remittance.

In Between is a mixed collection of film and photography by Luke Metelerkamp, Steve McDonald,and Jules Macer, which explores food economy and culture in Belleville, South Africa, informally dubbed ‘Somali Town.’ Given the pivotal role which the food economy plays in migrants’ livelihood strategies and remittance flows back home, the exhibition uses food as an entry point for an exploration into memory, migration, and resilience. The work raises questions around our understandings of informal livelihoods, and the solidarity economy in the generation of remittance flows that support millions of families globally. 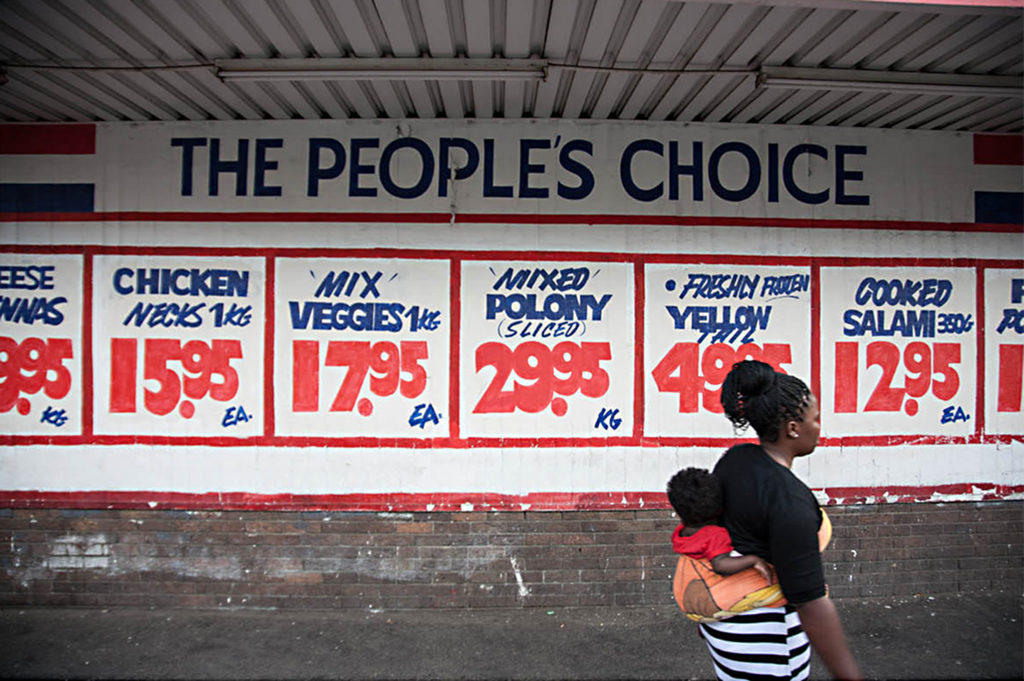 “In Between” uses food as a way to explore memory, migration, and resilience in Somali Town (Belleville, South Africa)

What does food have to do with remittance flows in Africa?

A closer look at the stories about these migrants showcase the interconnectedness and surprising nature that the food economy in Somali Town has on remittance flows all across the continent of Africa and beyond. The narratives personify the links between social tolerance in wealthy economies to the resilience and social wellbeing within regions in crisis. In doing so, the work highlights complex social teleconnections linking some of the wealthiest parts of the continent with the social welfare in some of the least stable and war-torn.

The art-based exploration also suggests that unlike the formal food system, the informal food economy serves as an important social safety net of last-resort for communities in exile. The informal food economy is central to building resilience among highly vulnerable communities in exile and the global social networks they support. Furthermore, the narratives from the exhibition suggest that food can also assist in ameliorating cultural discord in regions where refugees and other migrants settle.

This project was supported by GRAID through the Centre for Complex Systems in Transition (Stellenbosch, South Africa).